"Don't Urinate on My Leg and Tell Me It's Raining"

For those of you who don’t live in Baltimore and were incredibly confused by that title, indulge me a little as I introduce you to one of Charm City’s most colorful residents…

Barry Glazer is what you might call an “ambulance chaser.” He’s a lawyer who bills himself as the “legal advocate for the injured, disabled, and medically abused.”

And however you might feel about tort law and malpractice suits, we can all agree Barry is good at his job. That’s why he’s been in business since 1968.

And that’s why he can get away with appearing on TV commercials looking like this: 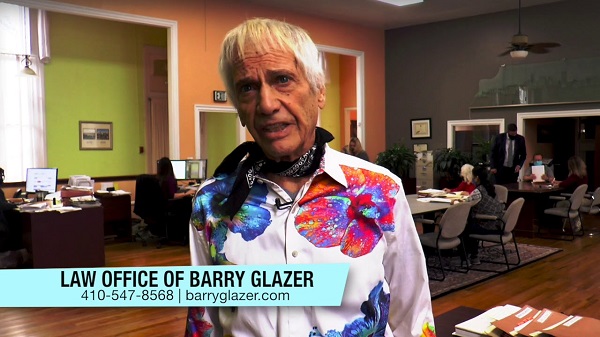 And that’s also why he can get away with having this for a slogan on his website:

You see, aside from chasing ambulances, Barry likes to use his TV spots and website to call out local politicians trying to feed residents of Baltimore a long line of BS.

And his slogan has become an unofficial motto for our entire city.

Today, I’m directing it outside Baltimore, though. I’m talking to Elon Musk, because I’m tired of him trying to convince people he’s selling Tesla to pay some looming tax bill.

He’s not. In effect, as Barry might say, he’s urinating on your leg and telling you it’s raining…

Because if Elon Musk were selling shares to pay the taxman, he’d have stopped about $6 billion ago.

Elon has a bunch of options to buy Tesla stock that are going to expire this year if he doesn’t exercise them. And he’s convinced everyone that he’s got to raise money to pay the tax bill that’s going to create.

The thing is, exercising those options doesn’t trigger any taxes at all. It’s selling the shares those options will get him that’ll rack up billions in fees.

But he doesn’t have to sell them immediately. He can exercise those options and just hold onto the shares forever without paying a dime in taxes.

He’s planning to sell them immediately, though, and that will generate a tax bill of about $3 billion.

The thing is, he wouldn’t be selling them if he thought the shares were going to go up…

Because not only would they be worth more money then, but he could also cut the tax bill in half by holding them longer than a year.

But that’s just part of the mystery here…

Even if he does just flip them and take the cash, that’s only going to create a $3 billion tax bill. But he’s sold almost $9 billion worth of stock at this point.

I don’t know about you, but my leg sure feels warm…

We all know the real reason you’re selling Tesla, Elon…

It’s because you’ve been calling the company overvalued for a good couple of years and it just hit an all-time high.

You know your company can’t even make a million cars a year and yet is valued higher than Ford, General Motors, and Volkswagen (the biggest EV-maker in the world) combined.

You know in Tesla’s best year it was able to sell about a half a million cars.

You know Tesla is only profitable because it’s a TRILLION-DOLLAR company that’s still getting subsidized by taxpayers.

You know that real competition is heading straight for your front door. You know Tesla has hit its peak.

You know that if you don’t sell now, you might never get a chance once the markets wake up to their folly.

You know that the future of transportation has nothing to do with Tesla or its flagship electric vehicles.

You see, there’s been a document circulating for the past few months in elite circles. It’s a patent application that details what’s perhaps the most important energy innovation since the discovery of oil.

It’s still only gotten out to very niche corners of the market, but it looks like it finally made it into the hands of Tesla’s CEO.

It’s obviously shaken the billionaire to his core… and rightly so.

This new technology has the potential to allow us to create all the renewable energy the planet could ever need using just air and water.

There’s no industrial-scale mining necessary. There’s no radioactive waste to deal with. There are no carbon emissions. And it doesn’t fill our landfills with batteries leaking toxic chemicals.

It’s enough to strike fear into the heart of any EV-maker because it could easily put the entire industry out of business before that business even really gets started.

That game-changing technology is owned by a small company that nobody knows about unless they’ve gotten access to that patent application that’s got Elon Musk so scared.

Fortunately for you (and for me), my colleague Alex Koyfman was one of the very first to get access to the patent application. And he saw the breakthrough it represented immediately.

He was actually so excited about it he put together a full presentation and report detailing the opportunity so he could share it with me and the other analysts here.

We were amazed and urged him to share his research with the world. And he agreed it was too good to keep secret.

So today, I want you to take a little time to learn more about this technology. I’m convinced once you do, you’ll see it’s the real reason Elon is selling Tesla.

After you hear what Alex has to say, I want you to get invested in the company harnessing this new fuel so you can profit from the rally that’s destined to come.

And I’ll be back later in the week (after the Thanksgiving holiday here in the States) with more ways you can get some extra profits in your portfolio.