In a daring response to a substantial uptick in larceny in the city of Chicago, proud Democrat and girlboss Alderman Michele Smith recommended that her constituents arm themselves with lifeguard whistles.

"If you find yourself in a suspicious situation or witness a crime, blow your whistle. If you hear a whistle, call the police, then move toward the source while blowing your own whistle," read the bulletin authored by Alderman Smith of Chicago's 43rd Ward. It went on to qualify the directive by adding: "We specifically advise people that if you feel in danger in any way, don't do it. We expressly direct people: If you are the victim of crime, cooperate. Do not resist. And certainly don't blow your whistle if someone has a gun pointed at your head."

Here is a photo of Alderman Smith for you to look at as you take a moment to weigh these proposals for yourself. 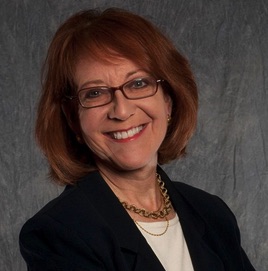 Now, let us get back to reality for just a brief moment and really consider the problem.

It's not just robberies and carjackings and it's not just Chicago. Nationally, homicides were up 37% in 2020 alone, with assaults seeing a 20% jump that same year.

Meanwhile, open carry rights are restricted in most major U.S. cities, and concealed carry permits are becoming harder and harder to attain.

Worse still, merely purchasing a handgun in many states is becoming harder, with delays, waiting periods and red tape putting up roadblocks at every turn.

Things are most unregulated precisely where guns for personal protection are least needed — outside of our major cities.

That leaves an increasingly large piece of the American population pie with few viable options when it comes to self defense.

Join Wealth Daily today for FREE. We'll keep you on top of all the hottest investment ideas before they hit Wall Street. Become a member today, and get our latest free report: "IPOs To Watch In 2022"

It contains full details of tips on how to take advantage of the hottest upcoming IPO's.

Relying on Tasers and stun guns has proven iffy at best, as stun guns are contact weapons and cannot be used at a distance, while Tasers often lack the punch necessary to incapacitate a larger attacker, and do not offer the option for rapid repeated discharges.

Enter the non-lethal kinetic energy weapon. Simply put, it fires a projectile at an attacker at a sufficient velocity to discourage an escalation at a distance of up to 60 feet. 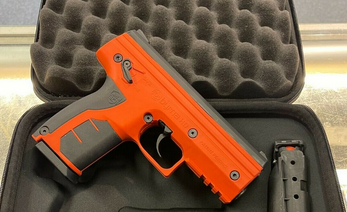 And that's the idea here — not to incapacitate the attacker, but rather to make the crime more costly.

These projectile launchers are legal to purchase and carry without restriction.

While the thought of our cities crawling with pedestrians packing souped-up paintball guns is somewhat amusing, the market is taking things a bit more seriously.

Are Guns Headed for Obsolescence?

It is estimated that up to 80% of today's gun owners, totaling more than 120 million Americans alone, are open to the idea of less-than-lethal kinetic energy weapons in place of their beloved 9 mm handguns and .45 ACPs.

Considering the direction that city governments, like the kind personified by future-minded individuals like Chicago's Alderman Smith, are taking with regard to Second Amendment rights, I would say that the market for devices such as these is being pushed by legislation as much as, or even more than, by organic demand.

Another factor to consider, and it's no small one, is that you can order one of these on Amazon, right now, and have it by the end of the week (supply chain issues notwithstanding).

For individuals who have never owned personal weapons, the prospect of being armed without having to attend classes, fill out intrusive paperwork, have their name entered into databases and then wait days and weeks can be quite appealing indeed.

Put all of that together and you've got a pretty good environment for growing a market.

The company that produces these weapons is based on the American East Coast and trades at a market capitalization that's currently less than $300 million.

That's a bargain for a company with a patented product in this stage of development.

Deals with security and police forces are already in place, and the revenues for 2021 showed an impressive 150% growth over 2020's numbers.

That pattern is expected to continue.

I started following this stock a few weeks back and I've just now published my detailed study of the market and the opportunity.

Get your exclusive look at it right here.